I have uploaded 36 512×512 pixel seamless brick textures that have 24 bit depth to Turbosquid. These images are available at http://www.turbosquid.com/FullPreview/Index.cfm/ID/566147?referral=mastermesh. The photos these were taken from are some photos I took of a church a few years ago. I had never made them seamless til today. Hopefully someone will have uses for these photos. Here’s a small summary image that shows what the bundle looks like:

I’ve creaed a 3d model of Kris in Lightwave that I have uploaded to turbosquid. You can find this at http://www.turbosquid.com/FullPreview/Index.cfm/ID/566126?referral=mastermesh

Find out more about Kris weapons at http://en.wikipedia.org/wiki/Kris

I uploaded a 3d handheld battle axe that I created in Lightwave today to Turbosquid. It can be found at http://www.turbosquid.com/FullPreview/Index.cfm/ID/566053?referral=mastermesh

I’ve uploaded a new 3d Katana created in Lightwave to Tubosquid. It can be found at http://www.turbosquid.com/FullPreview/Index.cfm/ID/566018?referral=mastermesh. Here’s what it looks like: 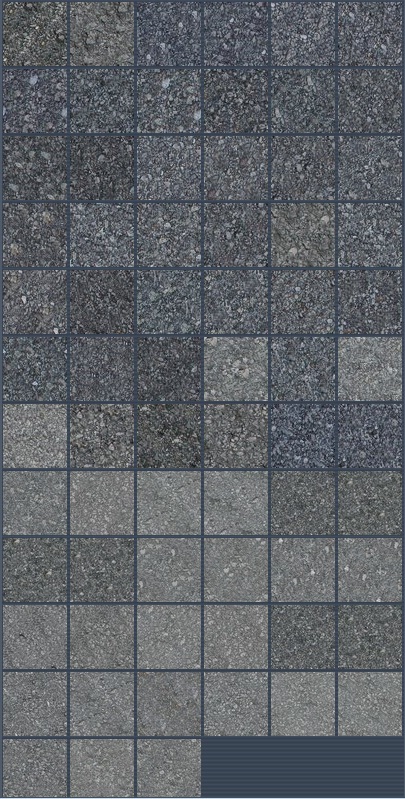 These images are cropped from a few photos I’ve taken of asphalt from a while back. I have decided that going forwards, I am going to try to do zip file collections of seamless texture maps because it’s not too difficult to crop the images or make them seamless. In the past I uploaded raw photos that were not cropped or edited. I have decided that these sort of photos might be a bit more useful if cropped and seamless so that my loyal customers and the product’s end users won’t have to work as hard to make the images usable in their game engines and other 3d applications.

The pixel widths are 256×256 and 512×512 pixels so that the image ratio is a power of two, something that many 3d applications and game engines need to render the images proportionally correct.

Contacted Mark Harmon a while back along with a lot of other Truman Alumni and stuff. Finally got an email back from him today along with a link to his awesome website… http://www.markharmon.org .

I’ve been a bit out of art but am probably going to get back in to it real soon. Things are starting to settle down in the living arrangements now that we are in the apartment. Now if the floods just stop (waterlogged carpets and floors the last few days have not been fun to deal with — hoping landlord can figure out what the problem is and fix it), things will be getting back to normal… Been watching a lot of movies lately. It’s sort of nice having cable again. We didn’t have it when we lived in Boonville since we were spending so much on commuting daily and also because I was in to fta satellite reception. I did some doodling in lightwave the other day… will probably do a lot more of that sort of stuff, drawing, and photography. Things are starting to get good again. I might be posting more here eventually, but it might take a while since a lot of the paintings I wanted to take photos of and post on here are in storage at my parents house for now. Little 2 bedroom apartment is not enough room to store tons of huge paintings, especially since one of the rooms is mostly a storage room now, filled with boxes from floor to ceiling. Downsizing is hard to do. We did get rid of a lot of stuff, but there’s a lot more that we find it hard to part with since we might use the stuff or need it later. That and memories are hard to part with. I even have one box marked “sentimental crap,” lol. About half of the store room could be named that on some level.